Finally this dude got arrested. He had been running and hiding from police. I strong believe that he played a big role in his neighbor’s death, if he didn’t killed the guy himself. Come on now, if you did nothing wrong, why would you run away from police? why would you hide? bastard! I am not surprise that most computers geeks including programmers developers and other computer related fields can be murderer and be real violent, and sometime sexual perverted ways, so don’t think that computer geeks are just geeks 🙂 LOL so watch out!!! they’re as nasty as you or nasty as serial killers using their knowledge and talent to harm other or to take advantage of it crediting to themselves only, you get the point. Well, I’m glad that they captured this guy and hopefully things will get brighter and cooperate and admitted the murder or find out the real murder. 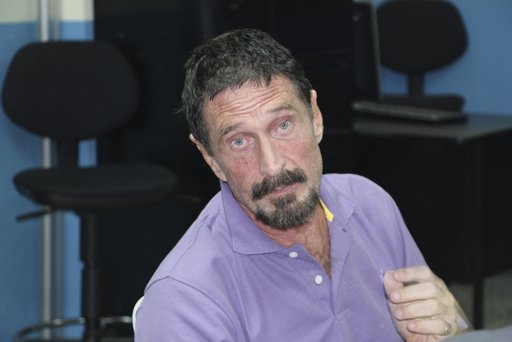 John McAfee arrested by Guatemala’s National Police on Wednesday Dec. 5, 2012 for the murder of his neighbor this is the guy whom created McAfee software I think Intel should change the name