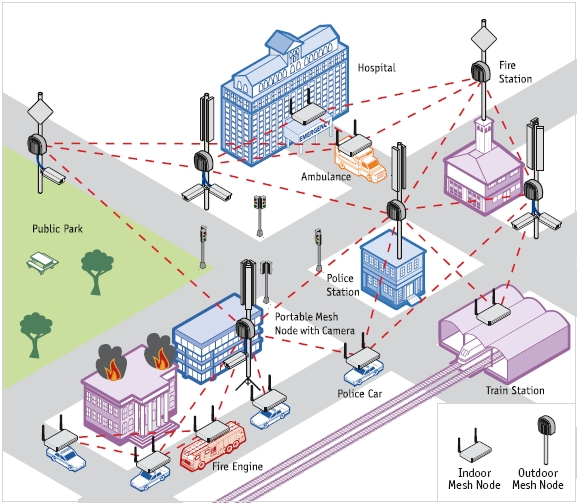 The internet is available almost everywhere now a day, eventually internet will be free and Wireless Wifi everywhere. I’m seeing the future of Wifi internet eliminating conventional land line telephone and cell phones, replacing it with small tablet device that have Wifi such as today iphone, galaxy, HTC phones … these devices has Wifi built in and most newer devices will have front and back camera for video calling others via wifi internet. If you own a cell phone device that uses data plan, you know how much it cost, no such thing as unlimited, so it’s better to utilize wifi. I envision the world everyone will make their wifi available to others free, or through a special project worldwide that can be done. We already utilizing the internet for so many things already, and with just one internet payment per month, why not utilizing it for video call communication instead of paying twice as much as the internet for just using a cell phone? I see the future free wifi everywhere, can we program wifi device to pick up new signal and continue streaming as the device travel from one location to another. The skype technology if you use them, you can see video call and voice clarify are awesome! even the news such as CNN MSNBC are using them. I see business consultant are using them also when they do conference call with webcam. I even think of picking a small village somewhere in the world and install a bunch of high power wifi antenna throughout the village and each family or home have wifi device such as tablet and laptop, they can communicate to each other free as long as there is network wifi connection, internet not needed but would be nice to have if need to contact someone outside the country 🙂