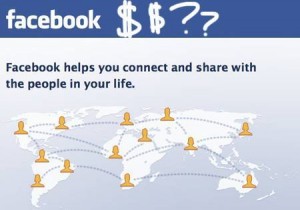 Here’s a follow up on an article I wrote while back at the same I quit facebook for almost one year ago. Basically I don’t like their way of business, although I’m sure billions love it, not me 🙂 and sorry to all my facebook friends buddies families, I don’t use facebook anymore heheheh, maybe I’ll use it later to spam 🙂 but not for micro blog social network. And I’m glad that I quit, because as I expected facebook will start charging money on top of that they make tons of money already  by using user’s contents post, facebook post advertisement on your facebook page. Facebook starting to charge $2 per profile post such as your profile header link and so on, more detail coming. Facebook already make tons of money using your contents and they share with you totally nothing, and now they even charge you to post on your own site. I guess most people like it because they already have some timeline already started and doesn’t want to loose it, so they’re stuck with it. Google + couldn’t move up because why would facebook user quit to join google + if they already have time post contents already started in facebook, it will be complex move unless google have a way to transfer all historical post from Facebook to Google + .. anyhow, more to come. Get your own blog people, don’t let social network company use you to make money or bully you around.