Man I wish I can make half of these people are making with a computer and the internet. It inspired me every time I see them online. I too also using the internet to make some extra bucks for fun 🙂 it’s not a career yet, but one day I hope I can land on something similar to these folks below… Truly inspiration people to keep you moving online in search of big bucks 🙂 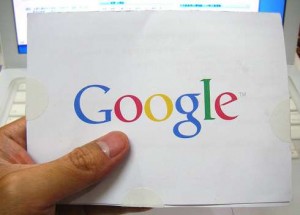 1. Markus Frind : PlentyOfFish.com : $300,000 per month
Markus is the founder of PlentyOfFish. Currently, he is generating nearly $300,000 per month. This is a staggering report. He built his site at his apartment all by himself (sounds like Bill Gates?). The site might seem very dull and cliche, but hey he is making some serious green.

2. Kevin Rose: Digg.com : $250,000 per month
As we know, Kevin Rose is almost a celebrity figure online. This is where everything is happening. Aside from everything, he is generating stinking $250,000 per month. That is $3M per year! Of course the site worth a lot more than this, but he is rocking the Adsense.

3. Jeremy Schoemaker : $140,000 per month
Mr. Shoemaker or ShoeMoney. I remember when this guy first came on Youtube, and gave alot of buzz. Once again, just from Google Adsense alone, he is making $140,000 per month. Currently, he is building his own cash empire with Affiliate marketing, and other cash generating residuals. Unlike most of the other Google advertisers ShoeMoney makes his money from hundreds of sites and thousands of domains.

4. Jason Calacanis : Weblogs, Inc. : $120,000 per month
Next to ShoeMoney, we have Jason Calacanis. He is the creator of Weblogs. Basically, his site allows other people to network with blogging. The site has been acquired by AOL in 2008.

5. David Miles Jr. & Kato Leonard : FreeWebLayouts.net- $100,000 per month
Rank 5 is Mr. David Miles and Kato Leonard. I do not know much about these guys, but according to WP (Washington Post), they are claiming to make $100k a month from the site alone. FreeWebLayouts.net offers free MySpace templates. Of course, this was before MySpace recession.