Here is some good news, and appears to be promising for many hard working non-american citizen, you work hard, you help American economy, you pay tax, you have no criminal records or anything like that, you deserve an opportunity to become citizenship. Stayed tuned… illegal immigration whom are in the US today you’ll get your chance to become citizen soon. 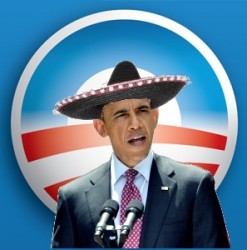 LAS VEGAS, NV — President Barack Obama today outlined his vision for a new immigration process. A central tenet of the president’s plan includes a process to allow the 11 million aspiring Americans living in the United States to apply to become U.S. citizens. Below is a statement from Marielena Hincapié, executive director of the National Immigration Law Center:

“President Obama promised voters that he would work with legislators in Washington to create an immigration process for our country’s aspiring citizens, and today he showed that he will deliver on that promise. The president spoke passionately about his commitment to a clear road to citizenship for the 11 million women and men who are Americans at heart if not on paper. He reminded the country of our own immigrant roots, and that immigration cannot be a matter of ‘us’ versus ‘them.’ In fact, he said, most of us, at some point, were ‘them.’

“This moment is long overdue, but warmly welcomed. As the president said, this is not about policy, but about people. The National Immigration Law Center is committed to continuing to the remind the president of all the people who are suffering under current detention and deportation policies.

“This week’s activities show that Washington is serious about finally creating an immigration system that meets our economic and societal needs. It’s now up to us — as immigrants, community members, and citizens — to ensure that the legislation coming from Washington creates a wide road to truly inclusive citizenship, without burdensome roadblocks or unnecessary exclusions.”