Or so they say end of 2013, this is another Butterfly Labs products to mine BTC Bitcoin. Competition with KNCminer whooping 400 GH/s, now BFL released their development for a 600 GH/s miner card. This card look like a GPU that you can install on your computer PCI express motherboard. They call it the “The Monarch
Butterfly Labs 28nm Technology Bitcoin Mining Card”  Performance of 600 GH/s 350watts of power, and cost about $4700 with shipping.

They said, the estimated shipping date is November/December 2013. Again this is Butterfly Labs estimate shipping date. So let’s take a look at their estimate shipping date: They said shipping for their Asic the same thing back in June 2012 by end of 2013, but it never happened, and as of today ending of year 2013 in about 3 months, and they barely shipped 20% of their back order. People whom still didn’t get their order, by the time they get it, they will be making $10 a month with Jalapeno, $50 with a 60GH/s a month and so on, and if these 600GH/s going to hit the market, your Jalapeno Singles up to 60GH/s are useless, you probably going to make about $10 a month electricity probably cost more even with these ASIC previous generation.

So what’s my take on this. I think it’s great news. Great news for whoever have money now with Bitcoin or Money in the bank to place these preorders and hope to be the first 500s or less, if you’re the # 501 or above, don’t expect to get your equipment anytime soon, those people whom lucky to get the equipment preorder early, they will get it early and mined all the bitcoins and when you get your equipment after them all the Bitcoin has been mined with lesser level of difficulty. Bottom line, DO NOT ORDER if you don’t know what # your order will be. By the way, they only accept Bitcoin and Bank Transfer. These two payments methods it is next to impossible to reverse, once you paid, it’s done deal, cannot get your money back, especially with Bitcoin payment, it’s gone forever. So don’t think you can get your bank involve and get your money back, NO it will not happen. So think hard before you really want to order this thing.

If you still have GPUs equipment it’s best to mine Litecoin, if you want to mine Bitcoin and get in preorder as early as possible so you can get it early and mine, it’s all about time before the level of difficulty sky rocket. 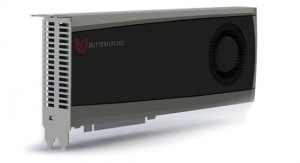