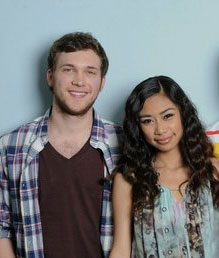 I have a strong feeling for tonight show that Joshua will get eliminated and it’s true, although he is indeed a very good singers, but I guess people get tired of hearing of his strong powerful voice, he should have keep it in a mixtures of slow soft and strong, not just all strong powerful voice songs, that’s my personal opinion. I do a music before and even today, I was in a band, and did some recording and still have many equipment computerize karaoke. I would hate to hear the same voice over and over again, it’s ok to hear same person singing, but need to be different in genre such as slow soft strong mixtures. So as is, the top two also known as the Finale is Philips and Jessica.

OK racist people, I know you didn’t vote for Joshua because he’s black, and guess what? I know you won’t vote for Jessica next week either even though she will be best singer there is, racism still exist in america and it doesn’t where or what events