Few days ago, this message already been intercepted that Anonymous Hackers declared war against Israel, I don’t know why they’re helping the Hamas, when many people in the world know the facts that Hamas attacked Israel with rockets, so I don’t know, I thought many hackers are from Israel, how can Israel Anonymous hackers declared war against themselves against their government that trying to protect them? hmm maybe this is a good thing, this will cause some Anonymous hackers members to break apart the group and maybe will help point out he leaders of Anonymous hacking group? 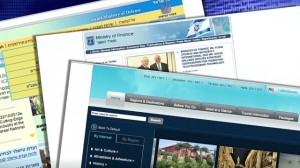