Some airline such as Singapore Airlines, let say if I want to travel from Pennsylvania to Vietnam, they took different direction, instead of flying from PA to Alaska then to Taipei then Vietnam, Singapore Airlines flew from PA to Frankfurt and sometime another airport for connection then to Vietnam. I guess from Pennsylvania it’s half way around the world to Vietnam, a direct flight would probably cost a lot of money more than connections flight, but with direct flight I would guess about 16 hours, with connections sometime it take a day and night or more due to transit time and sometime people have to sleep at airport or layover somewhere with hotel offered such as China Airline, but China no longer offer free hotel I think, it’s either included in the ticket when you purchased or pay $100. 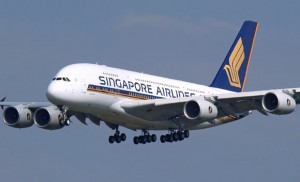