What’s the latest in celebrity? “David Petraeus’ affair with his biographer, Paula Broadwell” Well! they’re not really celebrity, but will be soon on the news everyday. However one of them pretty high ranking government official. An affair can happens to everyone, but if you’re not well known or a nobody, no body cares, but if you’re like these two people, people want to know, they will start pull bits and pieces good and bad about you and gossip creates news, even small events they will make it big and either make you look good, and make you look real bad. So, sometime it’s nice not being so popular like a celebrity. However if you’re  in the news every single day then make the best out of it, smile and accept those interviews with news agencies and make money off of them 🙂 LOL right? Hey! what ever happen to that guy Zimmerman guy that shoot and kill that black kid? I don’t see him in the news anymore! Paparazzi come to me baby 🙂 It’s just an affair, hmm does it involve frequent sex? cheating? adultery there you go! What a scandal 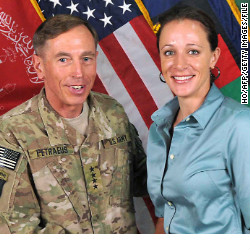