Just in case you missed this.

Should we worry, yes off course always! even no threat but taking all threat seriously especially with Nuclear development countries. I can you this on what I know and historical war conflict and consequences. Nation such as USA are waiting for a good reason why we should destroy country such as North Korea. We are indeed waiting for North Korea to make a wrong move so that we can nuke them like how nuked Japan with a couple atom bomb size of a car that destroyed 10th of their population including the aftermath effect that goes on for centuries, if at that time Japan didn’t surrender, we would have drop a few more nuclear bomb or atom bomb and probably wiped out Japan population.

So taking a look at North Korea now, they might be in for a surprise if they took action with their threat to actually do a pre-emptive nuclear attack the US or other UN countries, we for sure and the world will have react with greater actions not just sanctions and yes I’m talking about taking out North Korea completely wiped out whatever their current government they have and liberate the country and probably unite North and South Korea to one Korea 🙂 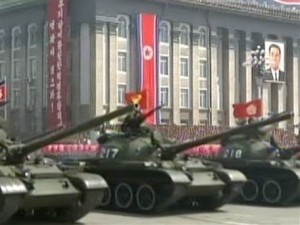