Just confirmed. I flew China airlines last year in April May 2011, from Vietnam (SGN) to (JFK), stop over in Taipei, I got a free Hotel room, deposit $20 and got it back in the morning $20, so basically the hotel and transportation to the hotel was free, but now this year today, China airlines confirmed Hotel is not free in Taipei, so most likely sleep at the terminal waiting for flight from TPE to SGN Vietnam, hope they have food court or something there, China Airlines sucks or be careful not to book long stand by flight. 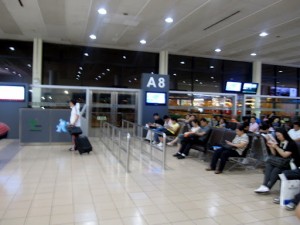