This is the most rediculous petition ever, and surprisingly it had over 35,000 signatures, probably from hackers using people identification to petition. What a joke, construction plan and begin by year 2016 using people in the US tax money and it cost $852 quad trillion or more dollars. This just proof how weak the online petition is, anyone can create the petition and get signature.

Here’s a quote from one of the news paper indicate:

The White House has posted a response (yes, it’s real) on its web site to a petition asking that the federal government “[s]ecure resources and funding, and begin construction of a Death Star by 2016.” The petition, which garnered nearly 35,000 signatures, was posted on the White House petition site in November.

The short answer? No.

It make me laugh, maybe Dark Vador was involve LOL :). Although I love science especially with Space exploration and the universe, it’s one of the frontier we have yet to explore in person, sure we know quite a bit about it through telescope and high power ear to listen in signal and imagination of people, but we never really know until we’re there, and even if we’re there, chances are we might not know all 🙂

As much as I love space exploration science, but this petition just too ridiculous. We can spend a fraction of that money to create a space elevator as such to transport anything up to space and return to earth, fractional of the cost and safer. It doesn’t have have to be space elevator, even something similar that travel to space fast, and we could potentially create spaceship easier and first explore local planet or the moon to extract precious metals or something that we can turn into materials that can construct space station or spaceship, eventually space hotel, human being colonize space, and we would be known as cosmosapien 🙂 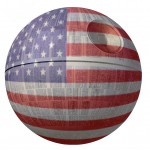