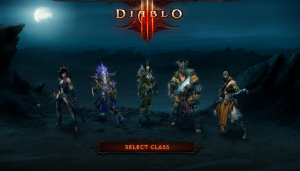 As many PC game or any gamer know, Diablo III 3 are out, and it’s only for PC and MAC, I think there will be versions for console. This game has been quite popular for a while since the original version 0 zero 🙂 now it’s version 3. I remember my young brother used to play night and day, the first version, he got addicted to the network version battle net and start to play it day and night, and even quit school and start playing non stop only sleep and eat and someone out and about, he made money off of these games by selling items he got or won. Diablo III out he already mentioned completed “finished the game on Normal, Nightmare and just done Hell right now. We will farm Inferno mode next for gear and sell it.”  Yes you can make money selling items but from the network site, off course they will charge money for selling posting items for sell, but you can make a little bit of money if you’re good at it.