Anyhow, this is about free text messages. Let say you don’t like typing on that little tiny screen or keyboard on your cell phone#, while you’re on your computer why not text people with your google voice apps on the website, it’s free 100%, you can see what other people text you back on your phone as well, so google voice basically integrate with your cell phone. I think it’s great! Although there are a bunch of other ones out there let you text people, but I think google voice is the most secure and robust one out there. Viber got hack, and a bunch of other smaller companies start up got hacked or had problems. 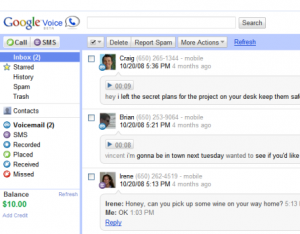