Just in case you runs into issue with EVGA motherboard where it all of a sudden at anytime, freeze, then you shut it down, and then boot up, but kept on cycling or turn on and off over and over again, you don’t see anything on the screen, the error code flashes real quick, and it keep doing that 3 secs or so interval. Then you tried unplug cables and wires, that didn’t work, then you remove some RAM and re-seat it, that don’t work either, then you tried remove the graphic display card that don’t work either, whatever you tried even re-seat the CPU and new Power Supply PSU that didn’t fix either. Well! don’t waste your time doing all that, the motherboard (mobo) is dead, get an RMA if you can, if not just buy a new different MOBO.

Don’t waste time try to fix it, you will be wasting time, frustration, and even if you can fix it, most likely it will fail again, maybe same problem or perhaps totally dead or could explode and cause fire! do yourself a favor, go get a new mother board trust me! I’ve been there, done the research, done google search, read posts on forums EVGA forums and so on! 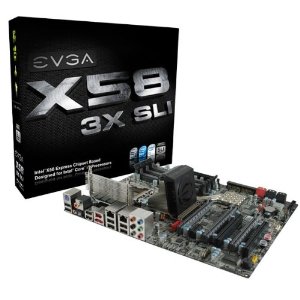