Just finished watching Expendables 2 over the week end, yes it’s HD. Love it, it has most of my favorite actors, too bad Jet Li only appear at the beginning of the movie, and Arnold S. doesn’t have much of a big part, but it’s funny that he say: “I’m Back” and then later said “I’ll Back” then Bruce Willis said “you’ve been back too many times” LOL hahahah that was funny, too bad the army guy died. Jean Claude Vandam played the bad buy in this movie. The action was awesome, but the story line not so good 🙂 but these are actions characters movies not some love story, awesome! thumbs up, for all audience, no sex scene no foul language, except bloody action scene 🙂 It’s still in theater so get out there and watch it or wait for DVD to come out 🙂 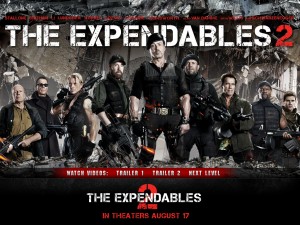