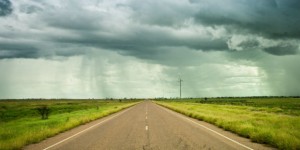 Seriously, if you ask people out there, ask anybody whom been out and about, outdoor, even people stays inside, ask them what do they about the weather, I can almost gurantee you that they would say it’s strange, weird, and definitely getting warmer. Last winter we didn’t get much snow, nor it was cold much, now summer time the heat wave killing many, including crops, expect price of crops related foods to go up sky rocket. Expect electric bill to keep you cool to go up, expect more pollution to the sky due to running the air condition which uses electricity, and where does electricity come from? Winter getting warmer, Summer getting hotter, Thunder storm getting stronger, rain getting stronger, Hurricane getting more powerful….  … OK so, now what? – Now that we know, it’s us human that causing the earth climate global warm, we warm the planet because of the things that we did, it’s our fault, and we need to fix it.