If you love motorcycles I’m sure you at least saw or watched at least one or couple episode of American Chopper TV show on the Discovery channel. Does it seems like 10 years? Well it is, a decade of filming reality docu-series shows as they call it, the last one will air on Dec. 2012 or so, and that’s it. Good bye and farewell American Chopper.

I watched these shows all the time when I used to have the Discovery channel, I no longer have it, but still watch it once in a while online 🙂 such as Hulu and other free bootleg ripped episode, hey at least I admit it 🙂 It’s an entertaining show, two big guy father and son, and they do fit in with the jobs they’re doing. One thing I find interesting is, they have about 233 episodes over 10 years period, I figure their would be more, but that’s facts 233 it is, based on Discovery channel documentary.

Another interesting thing is, I don’t see them built any real high-tech bike, all the bike they built appears to be Harley Davidson loud customize freaky looking one of a kind of bike. It’s awesome but I would love to see them build more high-tech bike more electronics gadgets and stuff instead 🙂 Oh Well, it’s over. I’m sure they made good money, and had fun and off course conflict on and off camera 🙂 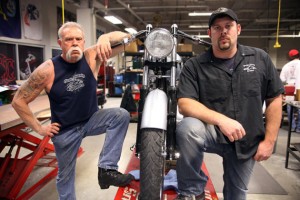 American Chopper TV show sucks! NO it’s not I think it’s awesome even not a real bike fanatic 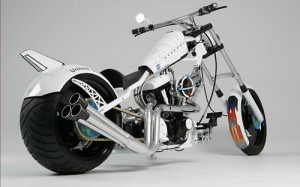 People are videos reactions from users on youtube in regard to American Chopper shows on the discovery channel ending. You can also watches many episode on youtube free, no free download though 🙂