Do you know that big companies on the internet such as Google and Yahoo, you would think that they don’t have things to sell since they’re only on the internet they wouldn’t get much trouble? Wrong! Many companies have supplies and stuff to sell physically, they would get complaint from customers and so on, but internet companies like google and yahoo wouldn’t be. 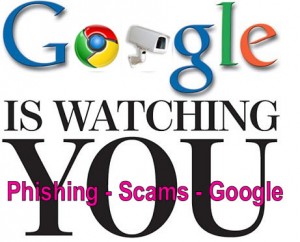 Taking google for example, they crawl the whole world wide web  internet, every single website even the one you created for your son or daughter or your love one privately, ERRR, wrong, you think it’s private wrong! it’s not, if you put yourself on the internet, chances are google will have you listed somewhere somehow on some search term, although not too many people will visit your website or can’t get into your website because it’s encrypted protected with a password, but it will get leaked 🙂

So how are these companies such as google get in trouble? Take this latest news article on Google for example:

If you’ve been keeping up with search news during the holidays, then you know the FTC’s highly publicized Google investigation was rumored to be drawing to a close by the end of 2012. At the eleventh hour, the agency announced it was delaying the hotly-awaited decision until the beginning of the new year, much to the chagrin of news outlets in every corner of the ‘net.
Then, last Thursday, the moment had finally arrived. FTC Chairman Jon Leibowitz spoke at a press conference where he announced that Google was officially cleared of all antitrust allegations. The search giant narrowly escaped the government’s clutches. The only penance the company paid? A handful of concessions agreeing to change things like AdWords policies and patent enforcement procedures.
Google certainly dodged a monster of a bullet when the feds dropped the charges, but the company’s not out of the woods just yet. In fact, this decision is only the first in a string of investigations and legal hoop-jumping that will undoubtedly go on, well, forever