Happy Friday Doomsday 10 days away 12/21/2012 and no it’s not going to happen LOL. Although it will not end now, but there are many possibility on how it could end in the far far far future if we don’t take extra precaution. Global warming I believe should be put on top of the list, we need to reduce emission, we polluted the world, everyone countries and everyone could make this world better. Asteroids and other objects such as UFO, could fly toward earth but we can predict and see it coming, so therefore maybe instead of creating nuclear weapons to attack one another countries, why not not focus on protecting the whole planet, you will get more respect this way! yes you Iran and North Korea, how about go ahead with uranium nuclear weapons enrichment but to protect everyone in the world, don’t be selfish and saying just to protect yourself and harm other nation. Another way the world could end is raptor, god will make you disappear all of a sudden with no trace and I mean act of god with no trace. And many other ways, such as people turn against each other, became zombies, natural disaster such as super hurricane, high tide, typhoon, nuclear accidents, new viruses, and so on, so many LOL. 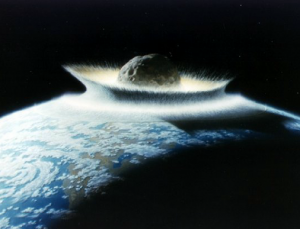 See more videos reactions from people on youtube on how the world  could end.