This is just one example of a viral image sharing hundreds thousands of time on facebook, circulating all over the internet for that matter. Sadly people don’t do proper research, and on top of that most people already have that bias behavior where they don’t like China products much would most likely go with the flow and distributing the image all over the internet as well.

This image caption on facebook in Vietnamese, saying that

Translation in English, basically saying China preparation to add posion to these chicken feet to be exported to Vietnam as food consumption.

First, let me say this before I go on. I am not Chinese, and I am not bias in anyway.

I’m not saying this image is a hoax, fake, make up, photoshop, or anything. This image below have no credible source reference to it. If people are smart enough to determine whether to believe it or not, they would questions, where the image originally coming from? who took the image? when was it? where was it? who are the people involve taking this image? and so on so forth. This goes for all things that you see in life, in society, you cannot judge or make decision based on an image what you see without questioning its credible sources.

This image below could just an image taken from the web in google images. Could be news about how chicken feet are being cleaned, not necessary poison added and send to Vietnam to poison the Vietnamese. Why would China hate Vietnamese? more like Vietnamese hated China due to some earlier conflict such as Chinese visited Vietnam and do anything they want, because most Vietnamese believe that China invading Vietnam in a different way, soon Vietnam will belong to China, this could be true because Vietnam loss its communist partners long time ago with the Soviet Union, then Vietnam try to lean on China for help, but the people of Vietnam don’t support it.

As of today Vietnam open for trade among many other countries since they had been desperate after the War end in 1975. The right decision was made at least, open trade with other countries benefit Vietnam greatly, although some scandal and bribery sill exist, but it’s getting exposed and embarrassment being displayed. As a result Vietnam are doing better and keep on getting better economically especially, technology for instant.

As for this image below and many others circulating, sharing on social media, facebook, twitter, email and so on. People need to be vigilant, questions what they see. Although the fact of the matter is China had some bad behavior on products that they make may contain dangerous chemical, but don’t take this as an advantage to disrupt and make up stories that are not true. What people should be doing is going for the truth, not taking advantage of certain issue and taking many examples or things they sees and exaggerate, it doesn’t help anyone and may effect peoples life. If you really care, and China or whoever making wrong decision to get better, speak of the truth, don’t make up stories or spread rumors and gossip misleading information. People are busy these days they will fall for the tricks or believe in it. 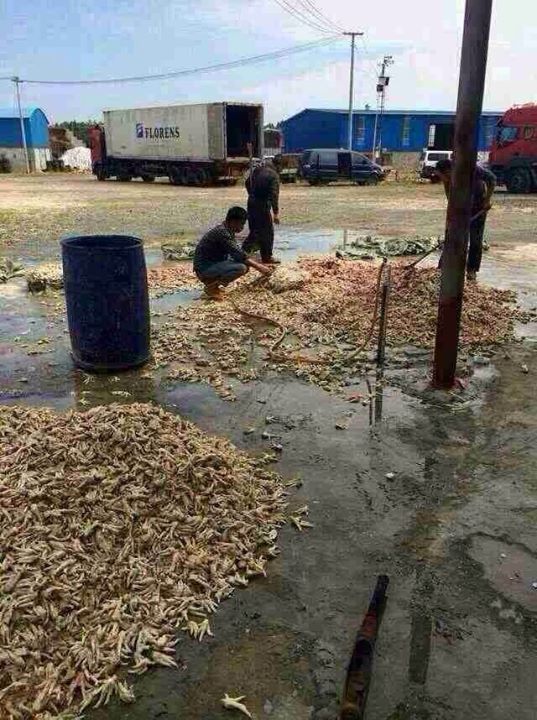 are the china hater vietnamese exaggerate things putting china down?