This is probably one of the biggest Bitcoin mining operations in the world. This one is in China, located in a perfect place where cheap power and cool climate for running these mining rigs.

This Bitcoin mining operation claimed to paid $80K (usd) in electric bill a month, and about 4000BTC mined monthly. So if you do the match, you will see that they’re in the profit, however we need to factor in the initial investments, and rent employees working there. Appears that these employees are being paid well. These employees must have computer skill, will train on maintenance of the Bitcoin miners.

At the current price of Bitcoin $230, this operation are making about $1 million dollars worth of Bitcoin monthly. Now imagine if the price of Bitcoin is at $1000, that’s very profit if Bitcoin price ever to go back up again to $1000.

I started mining Bitcoin with a computer, making a couple Bitcoin a day, and then the difficulty increased, so hard to make bitcoin, I had to abandon my computer and get many GPUs but still making less Bitcoin like 1 btc a week. Then ASIC came out and I had to abandon GPU and use ASIC. Then now with Bitcoin at $200, even with ASIC I’m not making any money to pay for electricity, and so I had to abandon ASIC also, and now just hold a few Bitcoin waiting for it to go back up hopefully at $1000 then I cash it out. Yes everyone is saying Bitcoin will be up over $1000 eventually, for sure not in the next couple of years, maybe 5 to 10 years. I think I can wait 🙂 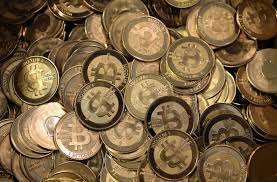