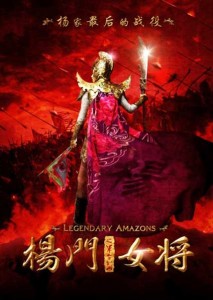 The last movie that we as a family finished watching last night was “Legendary Amazons 2011” also in Vietnamese “Dương Môn Nữ Tướng” The version that I watched had English audio but you know what? I prefer sub title in English instead of the audio translation, because it’s boring, hella borning and weird translator voice like cartoon characters or same person, actually it reminded me to the Chinese Kung Fu movies, and better yet, make me remember Kung Fu banana in the Philippines LOL 🙂 if you know what I mean hahahahah. Well back to the movie, it was ok, the story was great, the fighting no so bad, the characters was ok, the quality was good, love the scenic, again hate the chipmunk voice translator 🙂