Just finished watching Looper 2012 movie. I have to say it’s one the worst futuristic scene movie, or should I say one of the worst Bruce Willis I’ve seen. Why?

The scene stage suppose to be in the future like 30-60 years from today. Why do I see today truck and cars with exaust pipe tube back into the gas tank? I don’t know what the idea behind that? and weapons and everything they have appear to be today stuff, not futuristics. So the scene setup really sucks.

In 2074, when the mob wants to get rid of someone, the target is sent 30 years into the past, where a hired gun awaits. Someone like Joe, who one day learns the mob wants to ‘close the loop’ by transporting back Joe’s future self.

The movie story kind of comfused me, maybe I didn’t pay close attention or got distracted. I just don’t get it fully, I might need to watch it again. I don’t recommend children watching this movie alone, need an adult, there was one soft sex scene that’s about it, but it has foul language or cussing. One thing I like in the movie was that kid have powerful kinetic power when he gets mad. 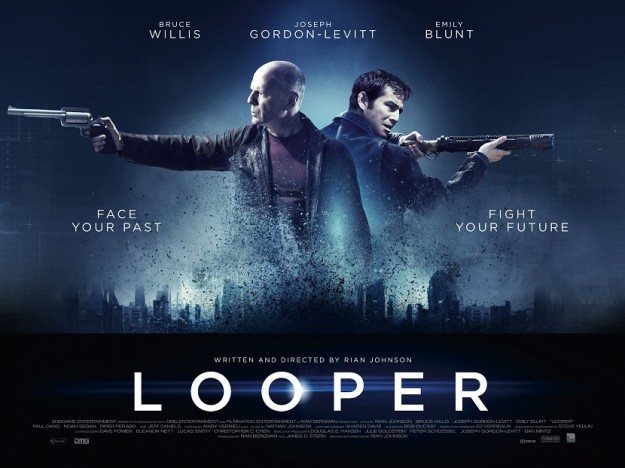 download movie Looper 2012 dvdrip hdrip blu-ray not! please get original or stream it live for $1 such as amazon

See movie trailers and people’s review below from youtube