OH! Finally! Finally! Our robots found CIVILIZATION on MARS! WHOOOAAHHH!!!! Look like a city of light no? no! it’s a volcano? no! martian life form camp fire? no! http://www.foxnews.com/science/2014/04/08/picture-bright-light-on-mars-has-ufo-fans-crying-alien/ 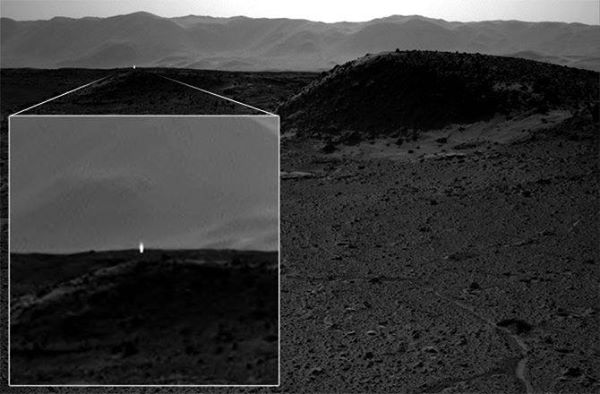 It look like some sort of gas geyser ignite in flame. However the picture appears to have taken early morning or dawn, it’s not clear, on top of that it’s black and white image. For many UFO fanatic they look at it as alien or martian or actual UFO visiting Mars just like us visiting Mars.  I was hoping for life form like martian or something but NASA already confirmed it, it’s not if you believe NASA and the government that is LOL