Wow this is a good movie to watch, I can’t believe I missed it, it was in 1997 but I never got a chance to watch it. Although old 1997 but the special effect and action are pretty good!. Good job! thumbs up Cage and Travolta. 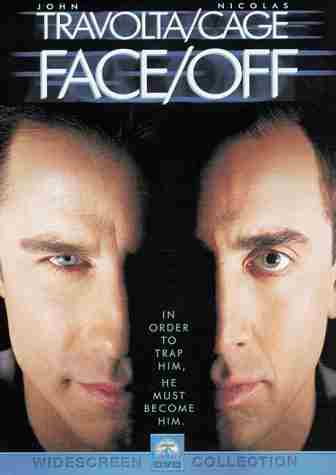 Love the technology touch screen, and some flat screen, although back in 1997 it’s not widely available yet. Love the laser that use to create replicate ear and surgery. Love the Magnetic shoe those prisoners are wearing. Love where the prison was located LOL, abandoned oil-rig probably.

Hate the explosion effect, I think too much fake explosion, where things shouldn’t be exploded so much like that, and they just exaggerated the explosion, too much making it fake, need to make it more realistic.

Sad thing, that guy had sex with the guy’s wife for weeks and she found out it’s not his wife LOL, but it appears that she likes it 🙂

Not recommended for kids due to cussing.