Anyone living in Vietnam Sai Gon Ho Chin Minh City Hao Noi involve with NU SKIN or heard about it and would like to know more, well here’s more, read it 🙂

Nu Skin Enterprises (NYSE: NUS) is an American direct selling and multilevel marketing company which develops and sells personal care products and dietary supplements (under the Pharmanex brand).[3] Nu Skin was founded in 1984 in Provo, Utah.[4] The company originated in the U.S. and began its first international operation in Canada in 1990. One year later, the company began operations in Asia with the opening of Hong Kong.[5] In 1996 the company listed on the New York Stock Exchange.
In the 1990s, the Federal Trade Commission (FTC) investigated Nu Skin over complaints of its multilevel marketing practices.[6] In 1992, Nu Skin reached settlements with 5 states which had accused the company of deceptive advertising and overstating the income earned by distributors.[7] In 1994, following an investigation by the Federal Trade Commission (FTC), the company paid $1 million and signed a consent decree prohibiting it from making deceptive or unsubstantiated claims about its products.[8] In 1997, the company paid an additional $1.5 million to the FTC to settle ongoing allegations of unsubstantiated promotional claims.[9]
In 2010, Nu Skin was listed among Forbes “100 Most Trustworthy Companies”.[10] In 2011, Nu Skin also reported its highest ever earnings with US$1.74 billion in revenue in 52 international markets.[2] As of 2011, a Nu Skin press release cites operations in 52 countries in North America, Europe, Asia, and Pacific.[11] As of February 2012, Nu Skin has an A+ rating with the Better Business Bureau.[12] The company is also a member of the Direct Selling Association and the Direct Selling Education Foundation.[13]

Yeah it’s expanding in Asia in Vietnam, look like it has some tough time but remain strong, so it can be trusted but still be careful when enrolling and marketing their products, it is indeed a multilevel marketing scheme, so call pyramid scheme, but that was the past! so now is different but history does repeat itself. 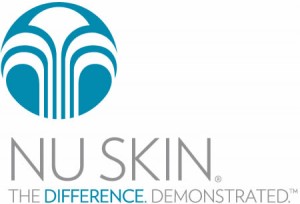