Let start with the positive comments, well kind of. A few people are saying it’s the Perk TV farm people are destroying the infrastructure of Perk TV. Meaning running multiple devices (5) some using fast forward or some kind of macros similar to Perk to auto click YES still watching or simply by resetting the cache and data from their phone every 1 hour or so to prevent popup asking for YES. These are the folks that are trying to maximize the earning by finding loop holes and so on. I think this is true that these people are really destroying PERK TV business, eventually the points earned will be less and less and eventually will go away. The same # of advertisers stay consistent, but the # of Perk TV devices or people watching it increased, therefore the earning has to be decreased to keep up with the advertisers paid to watch.

Now the negative side. A lot more people felt the opposite of the above, and in addition to the point of this blog. 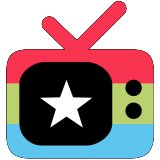