In the news, a fat woman, wearing red dress, in a play, valet parking ticket was written in a way that the valet parking employees would know exactly who the car belong to.

In this case, the woman was fat, wearing dress, and was in a play, how else would you want the valet parking employee identify you? Woman, you have a problem, you don’t know humor that why you are stressing, you have high stress, that’s why you’re fat, you are fat, so admit it. Why wouldn’t you admit that you’re fat woman? if you don’t want people to look at you fat, or write fat, then don’t be fat. Fat is a word to describe.

The woman wrote “”I feel bad for you that your parents obviously didn’t raise you well enough, and I hope you understand this is not at all acceptable,” she said.” I think this is back to the fat woman, you’re the one that don’t have parents raise you well enough not to gain weight, and I hope you understand that millions of people tried not to be fat by educating themselves well enough not be fat, diseases and others health problems will affect your life like this case you! you have stress, you don’t have humor, you are a burden to society costing america so much money to cure diseases for fat people like you. 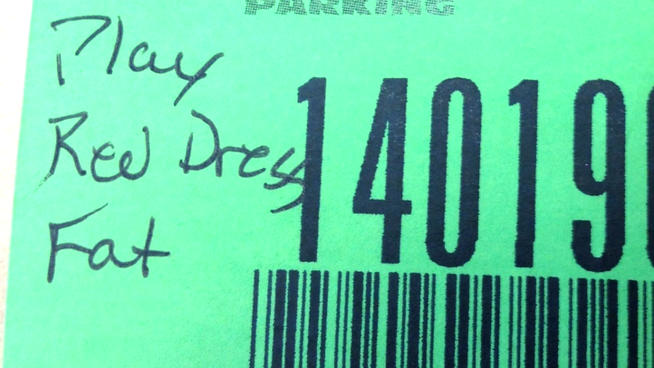 See reactions from youtube videos on this fat woman doesn’t want herself to be call fat.