I’ve been researching, including reading, watching videos, comments by others. I get confused by this subject, a self powered motor that spins another motor which is a electricity generator which connects back to the motor that spins it. I’ve seen videos and people talks about that it’s possible and they’ve proved it, well watching some of the videos, it could be a trick video not science, reading what people wrote could also be comments from whom writes what they believe as a theory or concept but was never really successfully tested, a hypothesis to be exact. I did pick up something interesting though, someone said that it’s possible and he did it, but it’s not real practical due to the cost and the maintenance that may be required, on top of that there has been some what like a conspiracy where the power company would buy off the plan or blue print whoever have to patent it, basically the power company buy you out if you keep your mouth shut! I don’t really think that’s the case, a bunch of bull crap! If that really happen why do we focus on solar power, wind turbine and other alternative powers? just doesn’t make sense. So with all these, I strongly believe that anything is possible but the question is is it practical? and ROI (return of investment) effective. What we don’t want to do is spent $500 one time fee but due to the maintenance and so on it cost us hours of maintenance and additional cost, then it’s not real unique alternative energy, better to stick to what we have, until the new method proven to be cost effective. 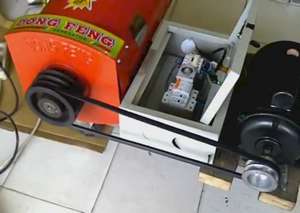 Watch these videos on youtube and decide for yourself.