Just in case you don’t know this, but many of NASA space shuttle has been retired, and replaced with the independent SpaceX air craft, so far successful on all mission, no surprise that the load it bring back to earth is a lot greater than it brought up, and guess what? it’s unmanned meaning safer and definitely no life will loss ever 🙂 well it’s simply a logistics space craft bring cargo up and down from space, until we get a space elevator or something constructed soon.

I’m glad that these independent contract space agencies are making progress, big progress actually. Such as the Mars 2023 program, and lately a round trip to Mars then circle back, although the whole trip will take over a year 🙂 LOL. While back we hear confirmation that large dot com company such as Google, Ebay Microsoft are teaming up investing money on a mission to go out in space and mine asteroid for helium 2 and other substance close to anti-matters, and you thought nuclear weapons was the greatest huh? well you’re wrong LOL, we’re going out in space to mine something more powerful, so don’t get scare about North Korea and Iran nuclear programs, we will have something much greater soon, by the time Iran and North Korea completed their nuclear enrichment rockets or whatever we would have something greater, and in any case, we’re ready to defend ourselves and off course there will be a reactions if any countries attacked us 🙂 We go MechWarriors and drone, and spy, so don’t worry, they kill one of use, we wipe out their whole country 🙂 if North Korea and Iran attack us, they must know what reactions they will get, look at Japan for example; Japan attacked Pearl Harbor killing many of us, we responded with two big boy bomb, atom bomb about a size of a car and wiped out nearly 1/10 of Japan population and those radiation still exist today harming their life quality, so don’t play with us, we’re nice and everyone have the right to protect themselves and respond whatever force needed, in the end it’s not us that started first, we just merely responded what they did to us to see how they like it 🙂 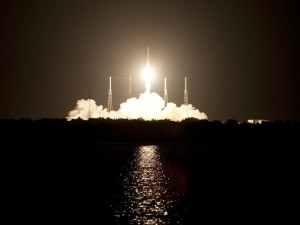