The first time I seen Bitcoin on front page news of www.cnn.com Indeed! now the future of Bitcoin had taken another bruise, the value of Bitcoin has been going down. Mtgox news really hurting Bitcoin, and we thought not much can impact Bitcoin!. Well maybe the fact is that Bitcoin has been indeed trade on Mtgox the most, now mtgox disappeared, where will people trade their Bitcoin now? coinbase? bitstamp? campbx? There are lots of places to trade your Bitcoin. However sometime the old fashion way might work best, which is in person, meet someone and do the trade right away, on your laptop, android iphone mobile phone devices. Why is it hurting Bitcoin price so much? just an exchanger having problem, there are many other exchanger still alive and trade fine, why would Mtgox impact the price of Bitcoin?

Apparently the problem is technical with mtgox, it was a hack, not much was disclosed, there was a weakness in the way Mtgox operates its platform or how they had it programmed. Read more detail on cnn news. 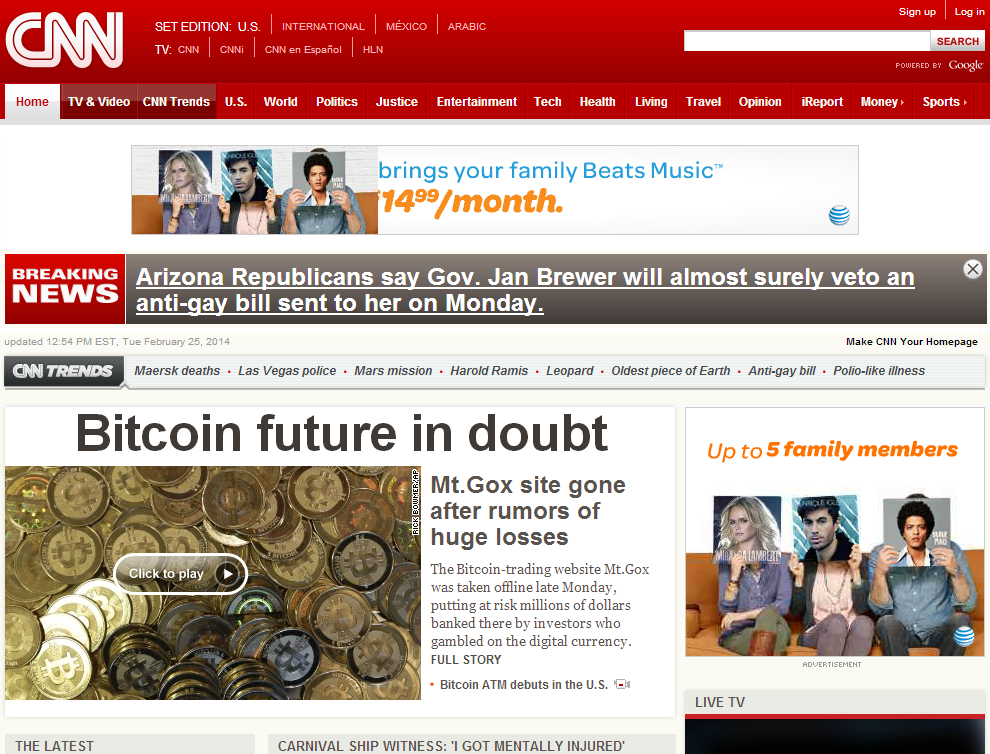 when was the last time or ever we seen Bitcoin mentioned on cnn news front page headline news?