It’s sad really to hear the current puppeteer Kevin Clash for Elmo resigned due to sex allegation, although it’s not something real bad, since the case was withdraw, but he still decided to resign. I wonder what really happen? did he Kevin Clash established any kind of relationship with any child? It’s hard to imagine if any sexual involve which I doubt. I like Elmo and I can say based on the man behind Elmo I don’t believe is a nasty guy. If there were some relationship he had with kids, hopefully it was truly loving, not sexual or further down molesting.

Anyhow, I wonder who the next Elmo puppeteer going to be, hopefully he/she have the same capability as this man Kevin Clash. Hopefully the same characteristics, same entertainment, same voice, and so on. My kids love Elmo, my youngest daughter watch it every morning, she smile, laugh and learn with Elmo. 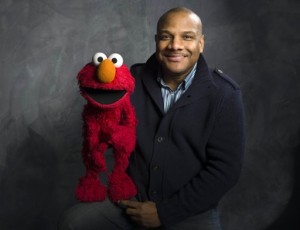 who’s the replacement for Elmo at sesame street kids show since kevin clash resigned due to sex allegation?