Just in case you missed, Israel and Hamas are at war, and it’s live on Twitter. Israel “we’re attacking”, Hamas ” we hit here .. and there …” oh yeah, and it’s all live feeds on twitter. We’re talking about instantly as it happen and even twit where we’re going to hit! OK so welcome to the 22nd century! I think this work great as a supplement to News Media but I don’t think we can replace news media, there are pros and cons.

Using twitter, yeah anyone can twitt saying anything they want, but as you can see the word “anything” even exaggeration, not so true, how can we tell? well we can based on the credibility of the twitter account user? if the user has millions of subscriber or has been twitting for a living or as part of or an affiliate of certain news media, then it’s probably reliable. However now a day many news media already have twitters employees or credible certified twitters on site, but the problem some of them might not have direct access onsite as it happens, so now we’re talking about possible sub-contract twitter so as this happen the twitt might not be credible or less quality. So again, anyone can twitt, but just have to bare in mind if the twitt is true or not. 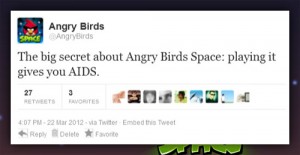 Watch videos reaction from many users on youtube on twitters