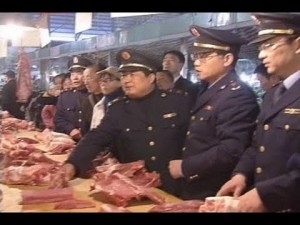 Just in case if you don’t know, especially for tourist, it’s been known that tourist in Vietnam doesn’t know fruits food import from China has large amount of chemical that will effect human’s health greatly, recently there has been outbreak that fruits from imported from China to Vietnam are causing severe illness to people after eating oranges, and other fruits imported from China to Vietnam. Basically Chinese people knows about the chemical that causes severe illness and effect lives of many, so China exported these fruits out of their country to countries that have no control or limited control on the fruits poison level such as Vietnam, to kill and impact Vietnamese people lives and other countries, China wouldn’t dare to export to USA, they have tried in the past but failed, FDA screened the fruits here in USA, it is one of the reason US will not allow any fruits livestock from other countries to USA. So ensure when you’re traveling, know the source of foods you’re eating, where it’s coming from, or been approved by official such as FDA, if you don’t know, don’t eat it! it’s final!