Just in case you missed this. If you’re doing Bitcoin mining, pool mining to be exact, you would probably noticed connection errors, especially with “slush” pool. Up to today, it still hasn’t been fully restore yet. The owner has been working very hard to have it fix, but ran into difficulties dealing with the data center in Europe, now he switched to data center in USA, Amazon to be exact! good old American made 🙂

The DDOS attack still happening but been mitigated. Many speculated that reason for DDOS is to bring down the Bitcoin BTC difficulty level, but to me, it could be, but more of not letting any of the miner to make any money. It’s funny that at one time the admin or slush owner sends out an email notify special users to use url or different url to mine, but one of the person in the forum said it’s a fake email indicating that the owner will take all the profit, he has a good point though, but ignorant, the url sub domain domain belong to slush (****) how can it be fake? well I guess you can say **** domain got hacked and divert traffic to new server? that’s crap, if it’s hacked then why main page of bitcoin.cz still up and slush been communicating in the forum? lol

Anyhow, if you do solo mining, you wouldn’t encounter this problem, but you gotta have an ASIC miner or some powerful miner rig to do solo, because it’s unlikely for you to make any money or hit any block when compare with pool mining. There are tons of pool mining out there, so don’t just stick with one, but be careful what you choose, you could be making a lot less than other well known pool. 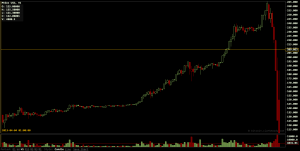