There has been a lot of speculation and analysis, smart intelligent one that is. People in the industry mining Bitcoin probably heard of Butterflylabs or similar company that in the process of producing chips that can mine Bitcoin many times faster. These companies took orders in early 2012 but up to today there isn’t a unit yet mine Bitcoin, the delay kept on delaying further and further down the line and today is March 2013 still don’t have a single system shipped.

I also ordered a system, the 30GH one and I don’t expect to get it anytime soon, and even thinking about cancelling it and get my money back to buy BTC instead of waiting for the machine to ship. A lot of people making a speculation, careful and intelligent analysis speculation that is and most make sense. BFL could be a big scam, my order # was in the hundreds thousand #, and if they can only ship a couple thousand a month, when will I ever get my shipment even if they were able to fab the chip today?  Here’s a good speculation by one user posted on butterflylabs.com forum and probably will get deleted or revised soon, so I’m going copy and paste it here as quote:

FuzzyBear – 03-08-2013 05:50 AM
|
@minimo the 60GH SC single… first 5000 chips will drop potentially 37.5TH on the network… essentially doubling the current total network… next 6 waffers another 6000 chips drops another 45TH on network so that a total of say 120TH.. and then add to that Avalon and ASICMiner probably easily top 150TH .. if not 200TH total by the time i get my Single… so essentially that a 10 fold increase on the network and that equates to a 10 fold increase on the difficulty putting the earning potential of the Single at 1BTC a day… this is FOR ORDERS IN SEPTEMBER!!!! and that is fairly conservative estimates really…

I’d expect the difficulty to skyrocket and being based in UK not US i’ll have transport delays, customs issues and charges and the rest so chances are I will not receive my product till people who ordered after me are getting theirs in the US and thus upping the difficulty even more…. reducing my earnings from a preorder over 7 months ago now to very sad low values… the rising price of BTC is the ONLY thing that is saving all the proorder people from literally loosing 1000’s 10,000’s if not 100,000’s of revenue… feel very disillusioned and just FLAT OUT LIED TO by BFL. Had I been told in November that BFL HAD CHANGED THE CHIP ENTIRELY!! would have been better investment to get refund and just buy BTC at that point… hiensight is a wonderful thing and all…. BUT interesting to see the amount of advertising and pushing their products BFL has to do.. remember u NEVER see an advert for a Bently sports car… if the product is actually as good as the specs say they are then it will sell itself.

BFL are just middle men in the entire ASIC process… taking orders, and waiting round for other specialist companies to do their part in producing the ASIC’s … seems the only thing BFL do is put a box on other peoples products and slap a price tag on it and cash out on the miners of bitcoin.

Last point I am FED UP of having my posts removed when they are “deemed damaging to BFL sales” … if there is incorrect information in the post then quote me and correct me. Just removing the post merely enforces the terrible reputation BFL is creating for itself in poor customer service and makes the whole project STINK of a scam. Anyone ordering a Jally now will NEVER see a ROI unless they on free electricity

just to put into perspective… when BFL drop all the 75,000 chips they have on order into ASIC boxes and ship to customers that equates to over 500TH on the network from them alone… Do not expect to make anything off ur orders if u only placing them now, and remember that at this point BFL are still yet to actually have 1 device hashing at its full quoted hashrate. Its all speculation… only invest what u can afford to loose, and if u can’t afford to loos it all… then DON’T spend ur money here!!
Updated 03-08-2013 at 06:20 AM by FuzzyBear 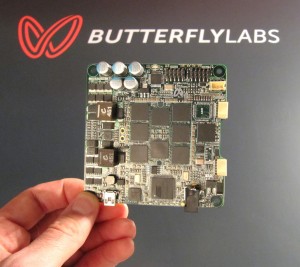