At first I got excited because I saw documentation indicated mining Litecoin with CPU yield better result than using GPU, then I got mixed report. Look like mining Litecoin using CPU will work but still will not work as good as a GPU.

So mining for Bitcoin and Litecoin same rig needed, although ASIC coming out with system that can mine Bitcoin faster but nothing about Litecoin. So I guess Litecoin will not be popular and probably died? stay tuned.

Hmm I wonder if I can configure it to mine LTC on my CPU power and mine BTC on GPU power, two separate entities 🙂 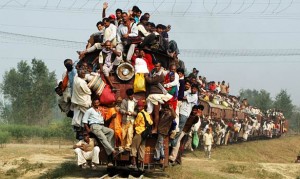 too many Litecoin LTC and Bitcoin BTC miner now what?