I have been doing cryptocoin mining for about one year and half. Mostly GPU, then lately I decided to shut down all GPU mining activities and spent money on ASIC. Both ASIC SHA256 and Scrypt. I don’t know about Vertcoin so call immune to ASIC, that’s a different story though.

GPU mining produced the most heat, glad I got rid of it. Now only mine with ASICs. Even though with ASIC especially the S1 Bitmain Bitcoin miner hardware gives off a lot of heat so I need adequate air movement to cool it. I got three of those cheap $16 20 inches BOX fan from Walmart, that help. I even design a box fame to attach to the window to pull the air out, but I can tell that it can be better.

Off to google I go, and search for the best windows exhaust fan, big bang for the buck. Finally I learned that the round fan is better for exhaust than the cheap $16 box fan from walmart. So I decided to get the Air King 9166, 20 inch fan blade and built in frame for the sliding window, I think it will fit my window, if not I can modify it a little big to fit. I heard it’s ball bearing motor, so it’s better? Yeah I think so too. The demo from youtube on this fan appears to be powerful, and a bit loud. No problem on it being loud, because it will be in the basement.

This fan by the have very good rating and doesn’t look ugly like those industrial fan. 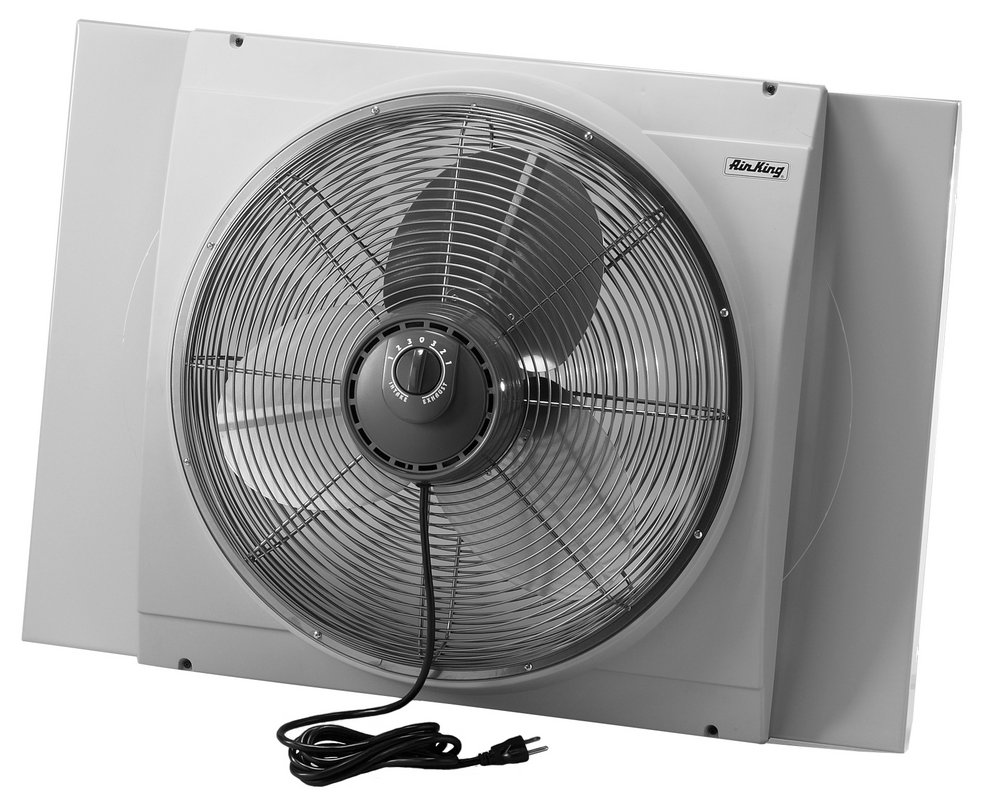