*** Update – After this blog yesterday, today coingeneration.com homepage updated this. “Current update
We will be performing a routine maintenance during this weekend, it is normal for some glitches to arise therefore please remain calm if you experience some difficulties accessing your back office.

Apart from that we have exciting news ahead, make sure to check our upcoming “Future Outlook” press release which will be e-mailed out later today.”

According to the Chat room for the whole day today. People reported that their account since July 23rd, 2013 to today, activities includes payments received from threads and payout request all has been emptied to $0.000 When people ask this question to the Admins in the Chat room, either the Admin ignore it or tell the users to create a ticket to Billing department, well everyone whom created ticket already know it will never get answer.

What does this mean many people have their account payout withdrawal requests and payments received from threads all has been reset to $0.000, some people reported up to thousand of dollars disappear from their coingeneration.com payments link, and no one was able to answer why, ticket created but never got answer, Admins in the chat room are bogus, all they care about is giving out free threads to people can buy in more and more threads without getting pay. Payment problems with payza was an issue people understand that. But – now problem with payout request withdrawal was not approved in pending status, now in addition to this problem with pending status, it has been emptied to $0.000, some might say it’s a bug due to “Comment” doesn’t jive with the system and the user was requesting.

This totally look bad, Admins in the chat room are useless, all they do is approve threads so they can make more money off of people, again Admins in the coingeneration.com Chat room are useless all they do is answer comment sense questions, ignore the real issue and approving threads for people to buy in more and more. At some point people were believing in coingneration.com problem and await patiently for the fix, but now, been delayed, and still no fix, and more and more problems occurring!. This below was an example giving by someone in the chat room.

Many people hope and pray and wish coingeneration.com Digital Generation is not a scam and will continue to operate, and many supporters would like it to continue operating for long time. Let’s hope so! is that many people can do. Although some say negociation with bank already failed, and coingeneration now just making excuse not paying and killing time to get money in as much as they can and disappear until FBI or some officials can catch up after them, let’s hope that’s not the case! 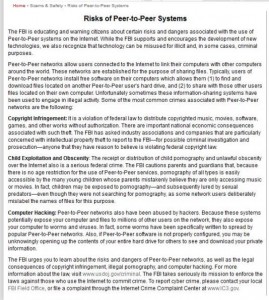 FBI warning released in regard to peer to peer computers network such as coingeneration.com digital generation scam