The short answer is, no, no, no and no. However the real answer is, we don’t know, those information were not disclosed on the website. The domain coingeneration.com will expire on September 14th, 2014, RED FLAG. Domain is coingeneration.com but the website said Digital Generation, RED FLAG. The office location address in San Francisco is a virtual office, meaning no one is there, the renter could be somewhere else in the world, big RED FLAG. The phone # is also a virtual phone # included in the virtual office package they’re paying monthly rent $300 or so, probably cheaper, another RED FLAG.

Coingeneration.com are paying though, from various account, payza, perfectmoney, and paxum. Paypal, probably not going to happen since paypal is very strict US based company while others are from oversea, if indeed coingeneration.com implemented paypal and working for at least a month, I can say that it is more legit now than before, because paypal will take swift action if coingeneration.com is a scam. Most likely paypal integration will never happen, coingeneration.com indicated they will implement paypal, and they will probably keep saying that until they no longer in business, dead run away with the money, most likely.

A lot of speculation on forums, and most of them make sense, what script is coingeneration download to your computer to run and then upload back to coingerneration somewhere? if anything at all, any scripts running? Most people reported running 1 thread or 80 threads, the impact to their computer is the same, so this is a YELLOW Flag, what that software coingeneration have installed on your computer do? probably nothing, just for show with nice blocks moving flashing # counting and messages update now and then. May we never know! hopefully they stay on long enough for a year from today, so that people now can make money, but feel sorry for the late start from many people will probably dive into investing thousand of dollars so they can make a living off of coingeneration.com

Youtube and websites are flooded with affiliate links to coingeneration.com since they’re paying 20% in commission look like it, those people from youtube making videos, most of them don’t even purchase any thread because they’re skeptical, but their video urged people to buy threads through their affiliate link so they can make money, so these people on youtube making these videos telling people what to do, or just do it, when it’s something they didn’t do or will ever do, they get the 20% commission from you and happy dancing, while your money invest on coingeneration.com isn’t guranteed, and when coingeneration died or they run away, not much anyone can do, since coingeneration.com did not disclose whether they’re real business or not, and their offices in San Francisco is simply a virtual office, no one there and who knows which fake name rented that virtual office, good luck all 🙂 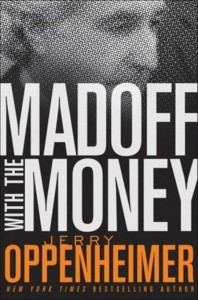 coingeneration.com digital generation fraud will be bigger than Madoff case people stupid enough to invest incoingenerations in the thousands