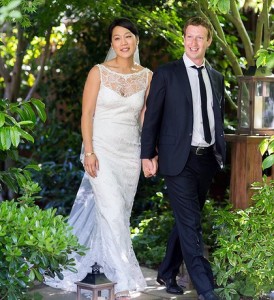 Well although Facebook stock didn’t go higher than most expected, on first day of trading which was Friday, then a day after he married a Chinese girl so call his sweetheart. Wish them the best. I wonder why they schedule marriage the day after Facebook IPO? I guess no matter what for better or for worst they still married? HAHHAHA, don’t know, I think they did it just to make it more interesting making the public wondering which makes him and his company more interesting in public 🙂 smart man, but it’s a company, very big company now. That Chinese is so lucky to marry a billionaire.