Just in case you missed this, yesterday new year day 2013 January 1st, Despite deal, taxes to rise for most Americans. I personally don’t understand a whole lot about taxes, I normally use Turbo Tax and I rely and trust Turbo Tax to ask me all the questions and I provided the answer. It appears to be a good trusted tax software to use, however are other one like it such as HRBLOCK.

What I get out of this news are:

“If you’re rich, you’re almost certain to get a big tax increase,”

If you’re not making a whole lot like six figure income in the 6 digits such as 100s thousand a year then don’t worry too much about it. Also worry if your whole household total income is a lot meaning your spouse, your children, whoever live in the same roof with you could expect tax increased as well. 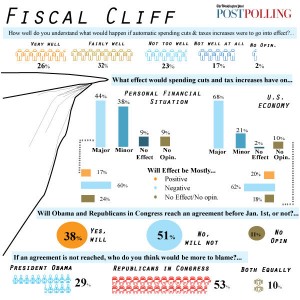 what is a fiscal cliff? explain in detail graph easy to understand tax increased in 2013 for americans usa workers