Yeah me too, most will not be consider as spam so yeah you will get it 🙂 I wouldn’t pay much attention to it, its better to use your favorite online website that has great deals updated daily such as fatwallet technbargains and so on, these websites has people actually working to analyze the prices and determine if it’s truly a deal, meaning cheaper than cheap! so it’s better to use these sites, I recommend techbargains.com fatwallet.com is like a forum too many people commenting, techbargains is controlled.

This Thanksgiving I would like to the Kinect Xbox 360 for our family, for my daughters actually, I don’t think they like the wii that much anymore, the lowest price I see so far are $200 bundle package everywhere Target, Microsoft and so on. I’m planning to drive instead of order online because I really want it right away don’t want to wait for shipping 🙂 LOL. I wonder if I can burn the game or use usb connections to a hard drive to play the game, that would be awesome I hate to change game by removing the the previous game and put in the new game, ok stop being lazy.

Good luck everyone if you aiming for great deals, stay away from the store if you can, it will be crowded and most likely there will be rude people and crooks are aiming these days rob you and could be worst like every year people died either from massive people stepping on top of each other or some crazy people going postal or like the shooting that occurred in Auroa Colorado taking advantage of crowded people and start shooting them all, ok it’s not funny, but that’s reality. 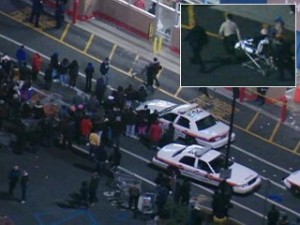