Many people whom work for companies, larger companies especially outsourcing to other countries such as India, not much in China, but it is part of it, but the largest outsourcing to India.

This morning when I turn on MSNBC and other news channels, they mentioned something that surprised me. Facts are that China, the Chinese are investing on American US properties such as housing large high rise apartment building structures and luxury homes, every 10 homes sold, one sold to the Chinese, now whether they live there or rent it out we don’t really know for sure, but according to the media, they let their relatives or family members live there and also rent it out to others. Sounds like wealthy investors which is a good thing, not bad.

Not like India we outsource many jobs to India and didn’t get much in return. Taking me for example, I lost my job and it was outsource to India. Did I get upset? not really because I know the company is doing its best to survive and what best for its investor and longevity. However many people would object to that, but for me, I can understand where they’re coming from, but most companies encountered more difficulty after outsourcing to other countries than having quality work producing quality products.

Back to China, so it’s a good thing that the Chinese are helping boosting the economies in America than taking our jobs, but I’m sure they are taking many of our jobs such as the Apple iphone 5 it was assembled in China, however in return they invest money on properties here and also purchase companies that not doing well and improving it, so not necessary they’re being greedy but they feel they can improve and fix it up for better business, at the same time people whom work at that company kept their job and probably get paid higher and hired more people, no not chinese but American employees, why? because American US known for it’s quality in products and services, hope we stay that way. 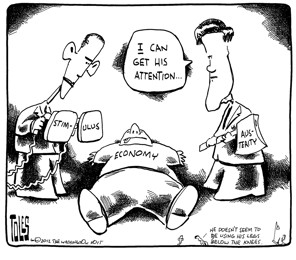 See reaction from youtube users comments on this China invest in America what does it do for us?