Yes that’s right, time fly isn’t it, it’s only less than 23 days away til dooms day, earth will be destroyed, super hurricane, supper asteroids suddenly appears and hit earth, aliens attack earthling, the sun flare creates massive heat wave electromagnet storm, the devils come out from a hole from the ground, massive diseases, all animal become killers, and so on and so forth, FORGET ABOUT IT!!!!! sheeshhh, I can tell you on that day, I’ll still be here, you will still he here, nothing will change OK! ok? 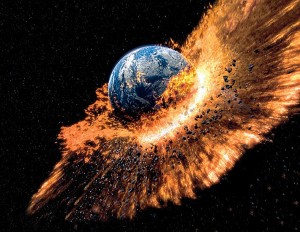 Reference to the latest news about people committing suicide due to this 12212012 scare, I think those people have low self esteem or have nothing to live for want to prove to the world that the world coming to an end, so they commit suicide, maybe to save the world by doing that sacrifice? Oh right, so scientifically, the Sun are and indeed becoming more active, has more sun-flare and so on, but do you feel it? I don’t, is NASA worrying about it? yes but as always it’s something typical even if we don’t have this 12212012 scares. We are together, we are united, and I don’t we need to worry and afraid and most will take advantage of this and do something stupid like robbing the bank, rapes, and hurt other people, don’t do it people! the world is not coming to an end, get educated!