Am I asking the right question here? You work for a company, in general, you would get a computer or laptop or table device, or whatever they provided to you for computing. Is it your to use? how does it indicate that it belong to the company? To my surprise, I talked to one of the DELL employee work in the call department, let just say technical support or help desk department, each of them were provided with a desktop computer and a laptop, let focus on the laptop, so the laptop the employee can take it home with them or where ever need to. The laptop the guy told me, they can customize the background or the default screen when the computer load up, when I say load up, I mean the background logo, by default if you have windows it will most likely load up windows background, but for a company such as DELL he said he can change that to any pictures! even nude, sex, whatever! and I’m not talking about the desktop background.

So this guy told me that he can customize it, so imagine a person work for DELL, and brought that laptop on air plane sit next to an unknown person, and that unknown person turns out to be director level of DELL, and so he saw this guy sit next to him have a DELL laptop with asset tag indicate property of DELL, and when he boot up the computer it has an initial background of some bikini girl or semi nude girl or something of some sort, does it sounds right to you? does it look right to you? It’s amazed me how these companies provided laptop to their employees giving them access to customize whatever they want to like their own laptop, at least puts some control on it, control that would allow only for work related productivity on the laptop.

I’m not talking about DELL, but just have to come across someone work at DELL, in general I think companies should restrict these types of customization to their laptops or whatever device given by the company. 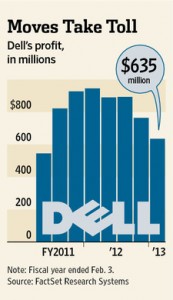