So as many know if you watched the news, it has ended, the criminal dead and the child is safe. Thanks God! It bother me because I can’t seem to find out what really happens, the Police authorities only released so much information detail but not all of it. basically at 3pm FBI stormed the bunker and rescued the child, that old man died due to gun shot, but was it suicide or shot by authorities, or maybe by the kid? AH!

Worst could happens such as booby trap, bombs and mines and so on the premises since it belong to him, but none! That man shot the bus driver because he was protecting the children, then randomly pick anyone kid, well he picked one he wanted two but I guess he couldn’t handle two. The motive still unknown, I don’t think it’s about money, no idea what he want or demand, I bet it has to do with the president Obama, he wanted Obama to step down! yeah that’s it! 🙂 LOL ok not funny, stayed tuned. 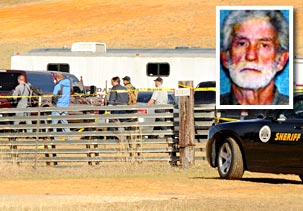 standoff at Alabama bunker is over one dead child still alive, see the live video feed on the rescue from the FBI leaked