Well, I’ve been researching on ways to have fun with my fast internet connection and super that I have built over the years. Trying to get the best out of it, including making some additional income to pay for electricity and so on.

My quest will continue to start out saying. Over the past few days, I’ve been scouring the internet on information about bitcoin mining.

Mine it? Yes, you can mine bitcoin using powerful super computer. In the past when Bitcoin first started, people can mine it using a laptop and can generate a hefty amount of bitcoin, but at the time bitcoin worth about $1, versus today it worth 40 times that. As more people get on board and more people super computer rig being built to mine bitcoin and technology improved by using GPU instead of CPU, the level of difficulty increased and we would need a much faster GPU or multiple GPU I should say to mine bitcoin, otherwise your share of BTC will be next to nothing, and furthermore you will loose money on electricity.

Bottom line, now a day it’s not that easy to even get 1 BTC a day with a thousand dollars computer, with multiple GPU. By the way the most popular GPU is Radeon brand HD 7970. Based on what I see people are paying a lot of money for electricity running these rig to get bitcoin, sometime they’re loosing money each month, average super rig $20 electricity per day and can mine about 1 to 2 BTC per day, today 1 BTC worth $40, so they’re making some money, but if BTC price fall, they’re loosing money and look like it will fall since it’s way too high now.

So is it worth it? How about looking at it now year 2013, with new technology coming out a device that being created to mine Bitcoin only cost cheaper and use less electricity, that’s right, there are many device now already shipped such as Bitforce Butterfly lab. Guess what? those people whom spent thousands on their rig with multiple GPU that cost a fortune probably will be loosing their money once these new device coming out for Bitcoin mining purpose only that use a lot less electricity and mine at an amazing GH/s speed, the old technology GPU will not be able to keep up with it and most likely GPU miner will stop and sell their equipments to get the new technology.

As more people get the new technology to mine Bitcoin, the level of difficulty became harder and harder, however the # of bitcoin available would be the same. People with old technology and or a cheaper device will not be able to keep up. Basically the more powerful your device is, the more Bitcoin you will generate. More powerful device mean more money need to invest in that device, and we’re talking about upper 20 thousand dollars. This is not including electricity and probably some maintenance.

Hey! who said it’s easy? if it’s that easy everyone could have done it. I’m seeing a lot of people’s opinion NO No No NO! it’s bad business, bad idea, you’re crazy! nuts! to spend money on mining Bitcoin due to many factors. Bitcoin currently got regulated and if the Government jumped in Bitcoin will died, meaning merchants trading will disappear harder for you to cash out your bitcoin.

Anyhow, I’ll research more later. I did however purchased a cheap $100 Radeon HD 7850 GPU video card and will run it on my old i7 920 CPU rig to see how much Bitcoin can I make per month LOL I’ll be happy with just 2 BTC, but will see. I also placed an order on Butterfly lab for a 30 GH/s rig for $700, and I don’t expect to get it soon, since a lot of them are being back order, and no ETA on when it will get shipped. I have the feeling that they don’t manufacture that unit until they get a precise forecast and money to manufacture the unit. Because a lot of people are being skeptical about it. The question I also have it, why manufacture and sell the unit when you can manufacture the unit and use it to make money yourself? Right? ! yeah I don’t really know what’s up, but will see if I ever get the unit and make some bucks with it LOL 🙂 Stay tuned! 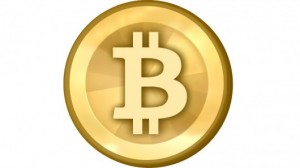